This week’s Diva Challenge is to use Amphora by Lily Moon. I love Lily’s art. So I hope I can do her tangle justice.

The focus for Square One: Purely Zentangle and Shading Zentangle was Yew-Dee last week and is Por Fin this week.

Every one of these tangles were new to me. I didn’t really do them justice. Peg Farmer, the creator of Yew-Dee, said that it is like a combination of Bales and W2. Well, I drew it way too much like Bales and didn’t have enough focus in the centers of the sections. I tried to shade it in a way that emphasized it a bit but the Bales sections were so big they usurped the attention.

The there was Por Fin. I was a little off with this one too. I drew it first, so that it could cast a shadow on the other two tangles. I tried to draw it a moderate size and ended up with each section a little on the small side. Oh well.

Then there was Amphora. I didn’t want to do it exactly like Lily’s sample and ended up using it as a kind of wallpaper. I tried to shade the right side more heavily to give it some depth.

Well, here is the tile before shading. 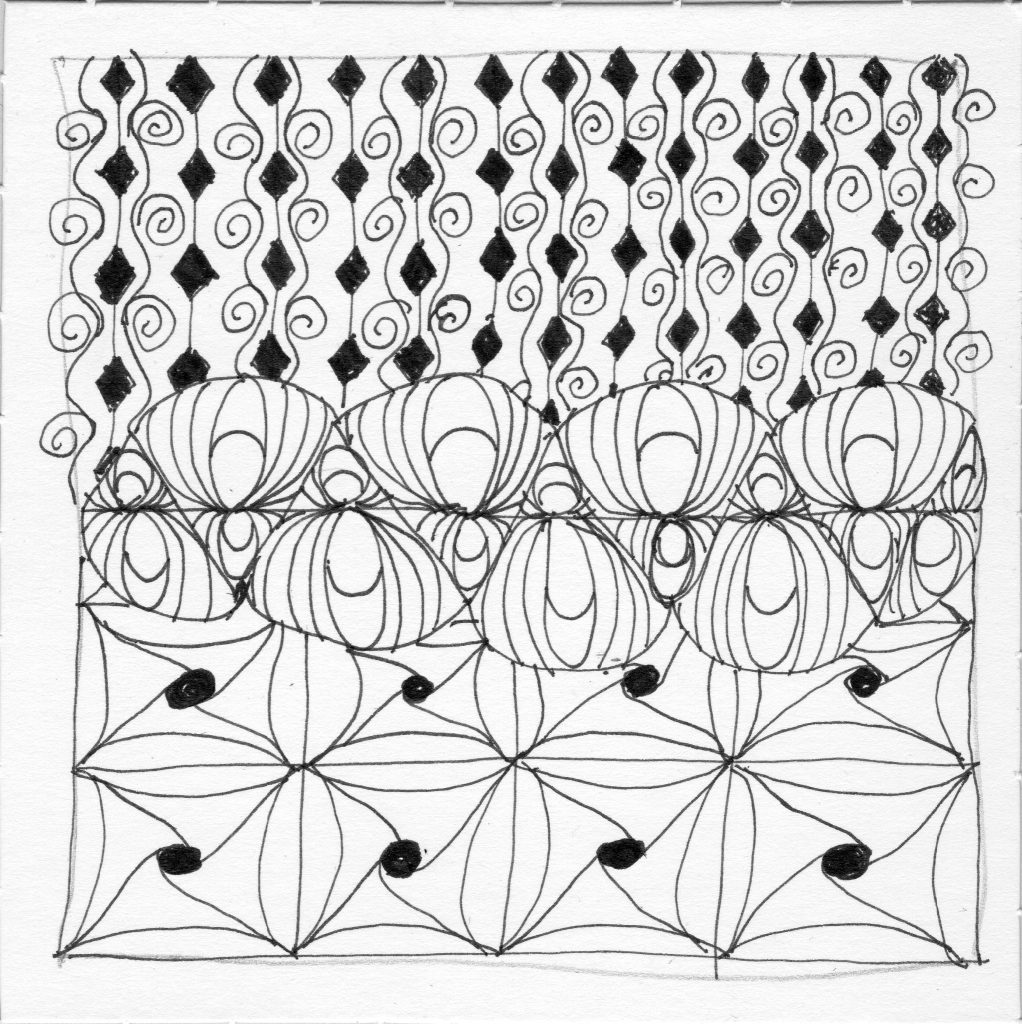 I really do wish I had drawn the Bale lines skinnier, so the center swirls would have been a bit bigger and thus allowed for more shading. 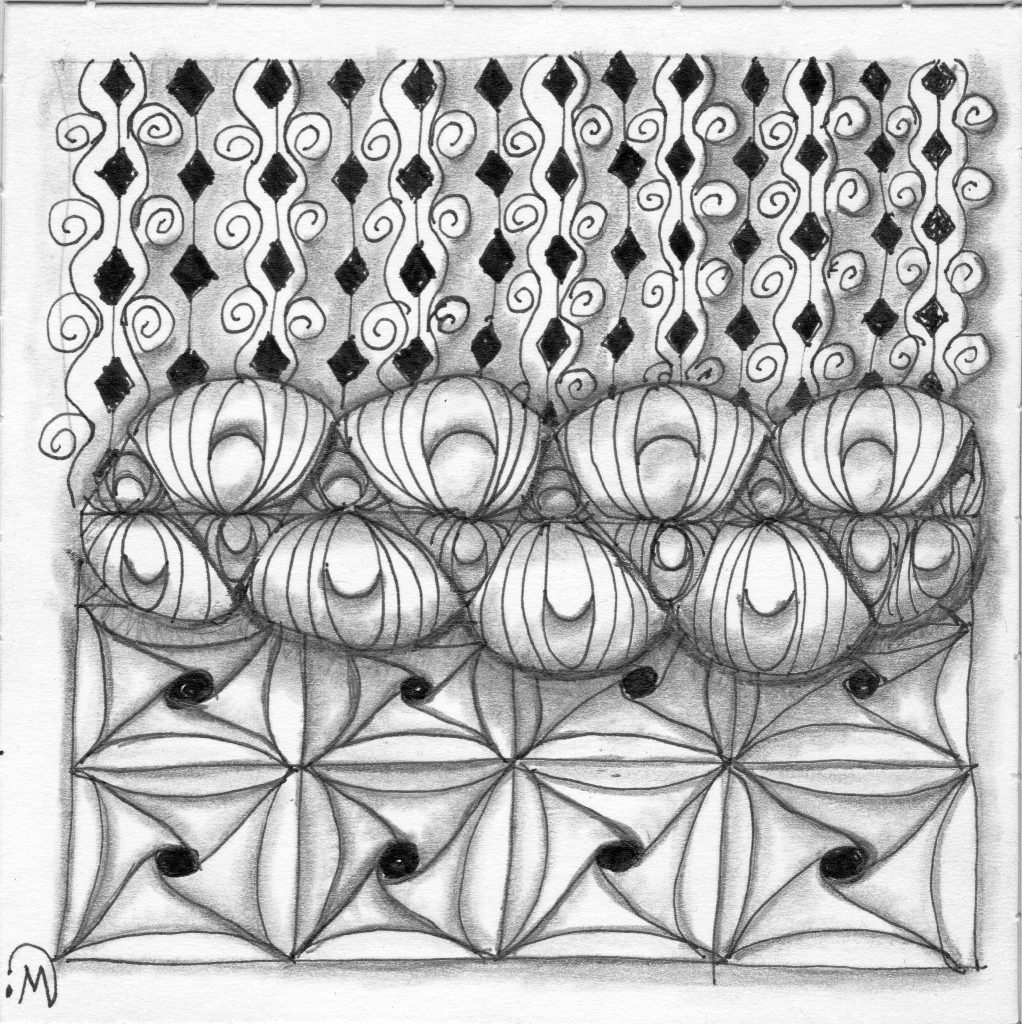 It turned out okay. I think I may have rushed this tile a bit but I like it enough.

You all are so kind with your encouraging comments. Thank you so much! They are greatly appreciated.

I hope you have a great week.