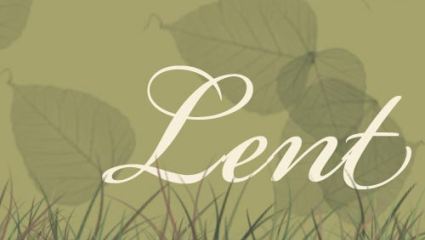 Have you ever incorporated holidays and national observances into your homeschool plans? I’m guessing most of you have done the big ones: Thanksgiving, Christmas, and Easter (or Resurrection Day), as well as Martin Luther King Jr. Day or Veterans Day. Of course the other well known holidays are Memorial Day, Presidents Day, Labor Day, Mother’s Day and Father’s Day. And there’s Grandparents Day which has had more publicity in the last 10 years or so.

Are you familiar with Lent? I wasn’t since none of my family has ever been Catholic or any of the protestant religions that celebrate Lent, thus we never celebrated it. My first exposure to Lent was a year before I got married. I worked at Virginia Commonwealth University in Richmond, Virginia. My immediate boss at the time introduced me to Lent. She came from either a Methodist or Lutheran background. During Lent, there was local church that served lunches; all these years later, I cannot remember which days but Marion would treat my co-worker and me to one of the Fridays they served crab cakes, which was the first I’d ever eaten them. Of course, being a lifetime learner, I asked questions about Lent, Ash Wednesday, and all that is associated with it. Marion was super and was never frustrated by my questions and answered them the best she could.

Years later, after I quit working and became a homeschool mom, I learned about Advent. If you are wondering why I mention something associated with Christmas, when talking about Lent, it is because they are similar, in my opinion. Advent is for preparing oneself for the celebration of the birth of Jesus (or at least that is how I view it) and Lent is preparing oneself for the celebration of the death, burial, and resurrection of Jesus.

Generally speaking, during Lent, one fasts something or gives up something. Some fast sweets or don’t eat meat on Fridays, others give up watching television or some such thing. I think the important thing is to make a sacrifice and bring your focus to our Savior for more than just one day.

This year Lent begins on Wednesday, February 18th and continues until Thursday, April 2nd, with Easter (or Resurrection Day) being on Sunday, April 5th. I could have waited another week or two to mention this but then you wouldn’t have had very long to make any plans. (One side note: Mardi Gras is Tuesday, Feb. 17th. As I understand it, it is also called Fat Tuesday. I would guess that is because you fill up on whatever you are going to be fasting the day before Lent begins.

One of my favorite traditions I did with my children during Advent was to read an advent story each night. There are three books written for this purpose by Arnold Ytreeide. Each story is broken down into short chapters and ends with a short devotional. Again, the reason I mention a Christmas tradition in February, is because the same author has written a book for Lent! Even though my children are all grown, I’m going to have to order this book, Amon’s Adventure. From the summary I read, it is the story of the son of the main character of the first advent book, Jotham’s Journey, i.e. Jotham is grown, married, and has a son – Amon. It sounds very good from the reviews I read as well.

As we get closer to Easter, I’ll share some countdown resources with you but that isn’t for a while yet.

I was going to share about different holidays and national observances but this is getting much longer than my usual posts, so I’m going to share those next week.