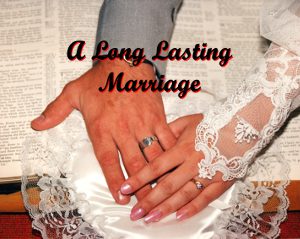 Marriage is tough enough without adding pressure and high expectations. Michael and I celebrated our 32nd anniversary last week! Yes, 32 years! I have to say, this last year has been one of the best!

You see, we are both working at our marriage. Marriage can fall apart if you don’t work at it because misunderstandings can abound.

We don’t do anything big or extravagant for our anniversary. Usually we go to dinner and a movie. We are homebodies and don’t go out often. This year there really wasn’t anything playing that we wanted to go see and we REALLY needed a new bedspread/comforter. It’s been about 20 years since we got the one we have and it is definitely showing that it needs replacing.

Tiffany and I went into Big Lots on errand day because we needed some coconut oil and we get the best price on it there. (We’re frugal; it’s not organic.

) While we were there, I decided to check out their comforters and I found one I liked. It was a bed in a bag kind of deal for about $60 and had 10 pieces or so.

Michael and I went to Golden Corral for their breakfast buffet. We were both pleased with our meals although I must admit that I ate way too much meat!!!

We both had a salad to finish it off, making mine a bit healthier for me.

We also needed to do a little shopping for clothes for Michael. We went to T J Maxx and he found one shirt he liked. Then we went to Burlington Coat Factory but found nothing, unless you count the Himalayan Pink Salt I got . . . I’ve found the best price on it at stores like this. It was crazy hot but he was a trooper and didn’t complain about the number of places we were stopping!

Then we were off to Big Lots. I showed him the comforter set I was considering and then we proceeded to change our minds about a half dozen times. We ended up with a nice set that came with 14 pieces, including 2 sheet sets, shams, comforter, 2 decorative pillows, and a throw all for $70.

I wanted to go into Old Time Pottery, which is next door but neither of us were really up to it at that point. We had headed to Dollar Tree and Walmart because I needed to pick up some bins for our bedroom and a few things at Walmart. Then I saw a sign for this clothing store  that advertised its clothes for $9.99 and below, in the same plaza. Hubby didn’t even complain about walking across the parking lot in the heat to the new store. (It’s a nice store and I’ll be stopping in with Tiffany on errand day or a Girls Day Out soon. They had a large variety of sizes.

After leaving these stores, our trip was not yet over. We needed to stop by Auto Zone and I did not complain.

I promised to remind him that he wanted to stop at the post office to drop off a bill payment and I duly remembered before we were near. Of course, Auto Zone did not have everything he needed so we had to stop at O’Reilly’s too.

Then I realized that Bixby was having their Green Corn Festival but completely forgot about stopping at the post office because we were finally headed home.

And then hubby remembered! He hates to turn around but we weren’t very far and did so anyway. Then of course I forgot about the roads being blocked off in the area near the post office and we turned down the road and realized we couldn’t get to the road for the post office this way and had to work our way around another way. To say our patience was tried is an understatement.

But we managed to drop off the mail and head home. Round trip was around 5-6 hours!

We got a new bathroom shower curtain while we were out too. I was so tired that I didn’t put up either that day! (I’ll add some pictures here when I finally do get it up this week.)

Now this probably does not sound like a great anniversary celebration but we were out together talking about things we liked, deferring to the other (which made decisions more difficult sometimes

), and just enjoying being with each other, which is what our marriage is all about. We are best friends and sometimes in the busyness of life, that can get forgotten. It takes work to stay best friends.

I have found that we are happiest when we don’t pressure ourselves with high expectations. Oh and it is important to communicate whatever expectations you do have. If you don’t ever express your expectations there is a higher probability that your expectations will not get met and that is frustrating to both of you.

Have a great week,

2 thoughts on “A Long Lasting Marriage”