Growing up when we had oatmeal, it was generally the standard old fashioned rolled oats. Mom made it following the directions and served it with buttered toast. Our oatmeal was nice and thick and could be easily situated on top of the toast, if so desired.

Of course, I put LOTS of sugar in my bowl of oatmeal to make it nice and sweet but also a little less dense. The thought never occurred to me, to add milk.

Now, all these years later, I’ve tried different versions of oatmeal, mostly due to Trim Healthy Mama. I have to admit that I am NOT a fan of milky oatmeal that somewhat resembles a bowl of cereal with all the milk, also known as Creamy Grains in the THM Cookbook pgs. 252 and 253. (I’m not a huge cereal fan either though.)

I attempted the Big Bowl Cinnamon Oatmeal (THT pg. 354) recipe, the first time, with some reservation. But I needed a THM E (carb meal) breakfast and this promised to be a BIG bowl with substance.

WOW! I was surprised and impressed. This is now my favorite way to eat hot oatmeal.

Well, since I cannot have a nice piece of toast slathered in butter and still lose weight.

I won’t share the whole recipe but will share enough of the directions with you that you can still make it, even if you don’t have the cookbook. (But seriously, you should get the cookbooks, there are so many great recipes in them.)

I made a double batch because Tiffany and I both wanted a full serving. 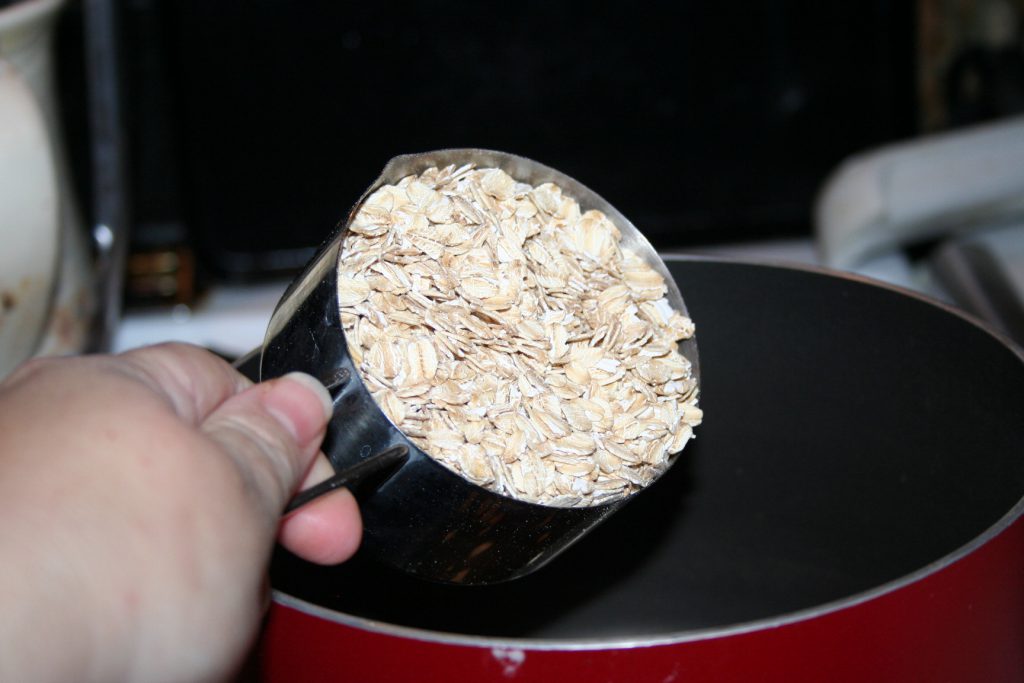 Then add 3/4 cup almond milk (or whatever milk you prefer). 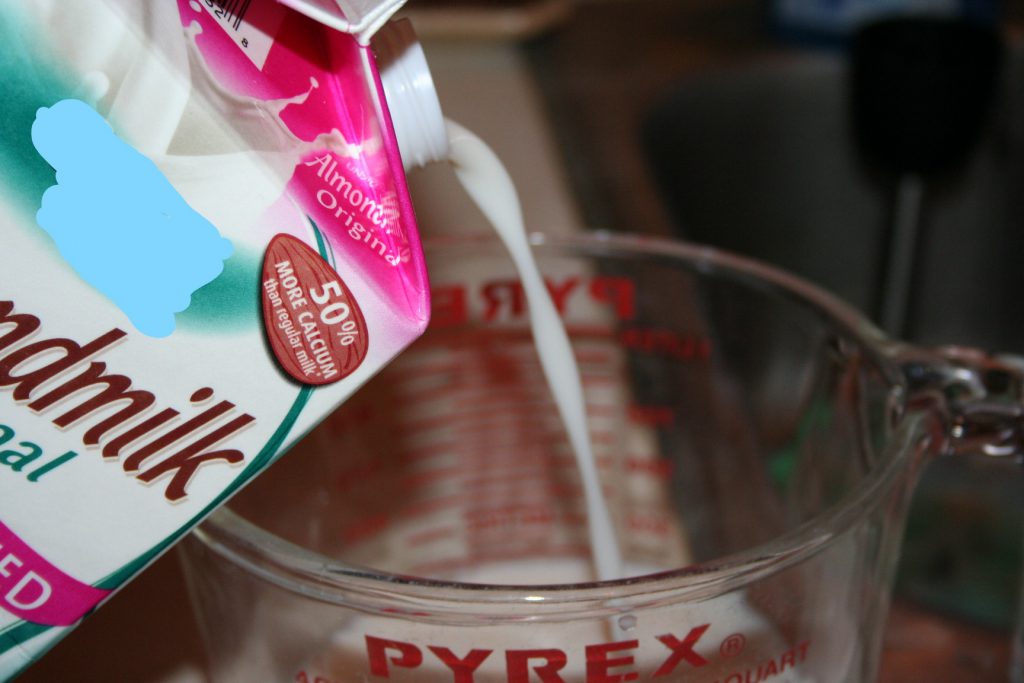 Next add in a cup of water, your desired sweetener, a dash of vanilla, and some cinnamon. 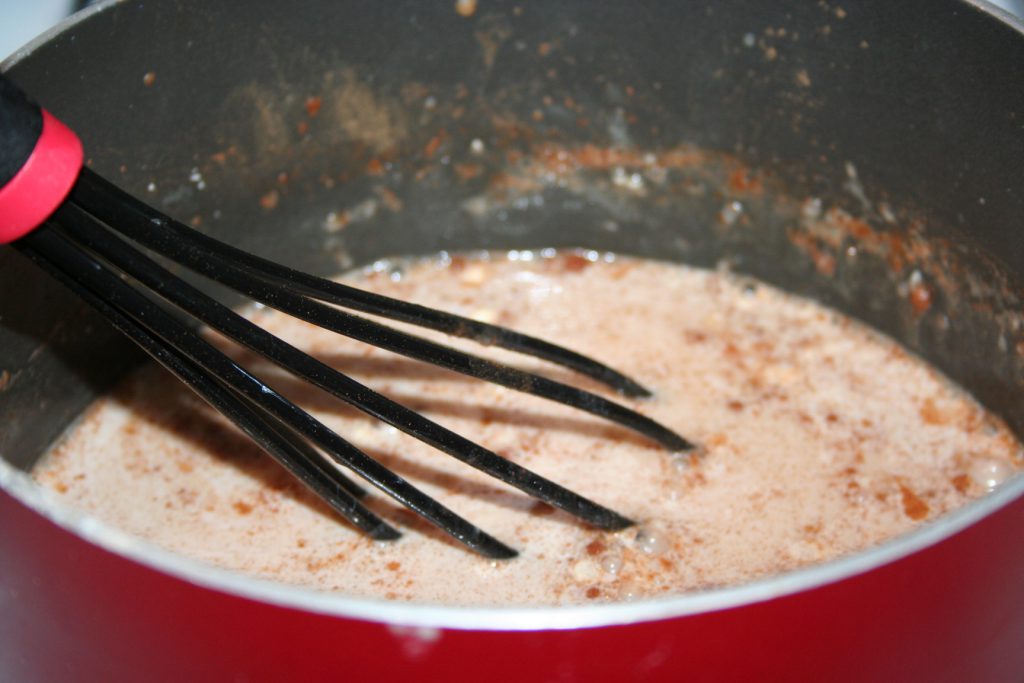 Bring it to a quick boil. I put the lid on so that it boils quicker. 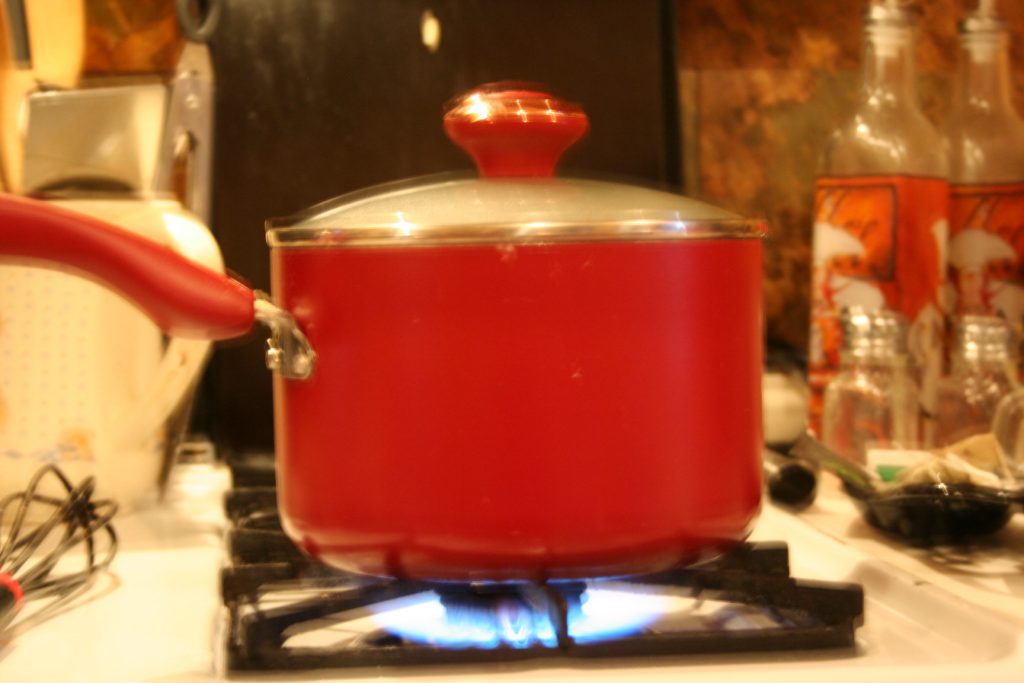 (yeah, it’s a little blurry because I was trying to get the flame to show up and it wouldn’t with the flash, so I had to stand still, and I’m never very still, while the shutter was open)

After it comes to a boil, reduce the heat to low and remove the pot from the heat for about 30 seconds, then return the pot to the burner with the lid on and let it steam for 10 minutes. During that ten minutes the oats will begin to plump.

Then turn off the heat and let it sit for another minute or two, to thicken up a bit more. 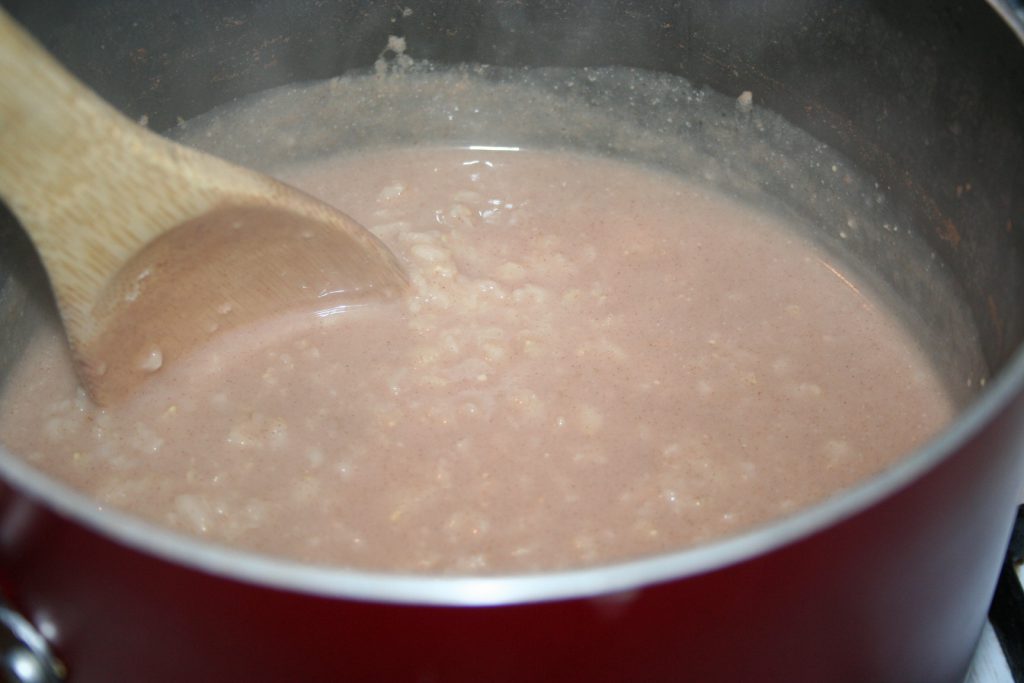 I know you cannot tell how much this thickened up, but trust me, it is no longer runny. 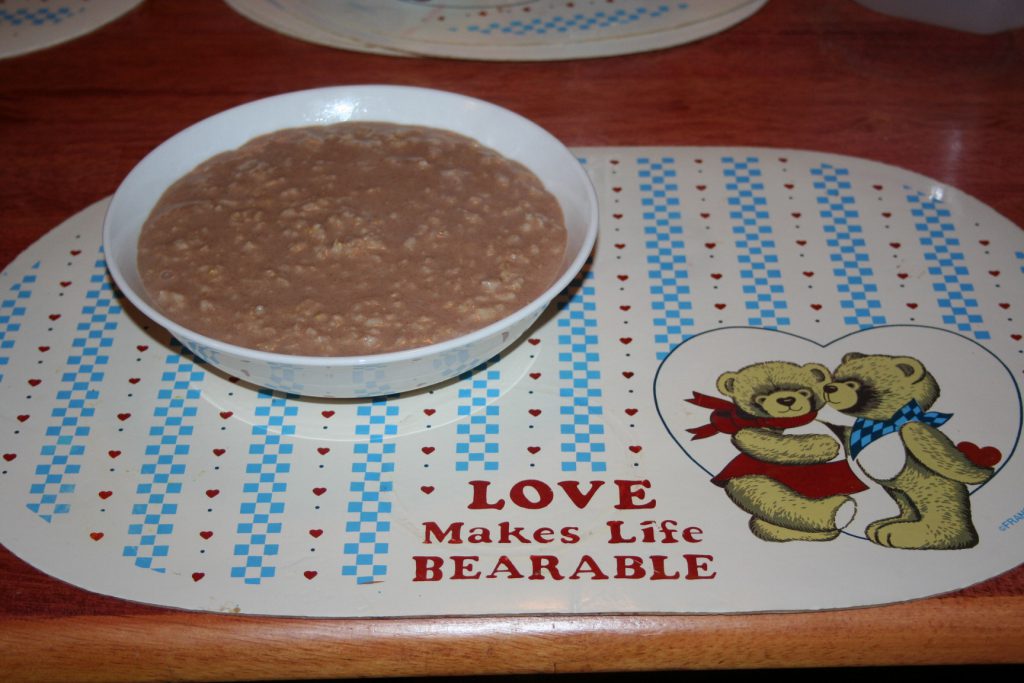 Okay, I did give myself a bit more of the oatmeal than Tiffany because she doesn’t eat all of hers.

This next picture isn’t that great but you can see that the oatmeal is not thin. 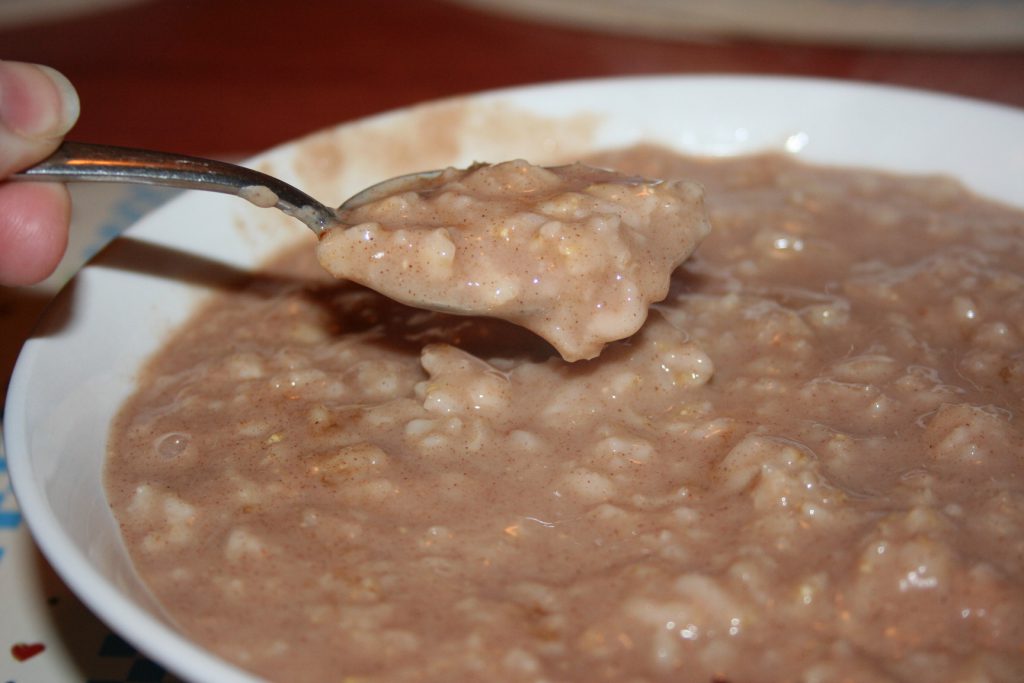 I hope you enjoy this as much as we do. I’m amazed how full I can get on a 1/2 cup of oatmeal.